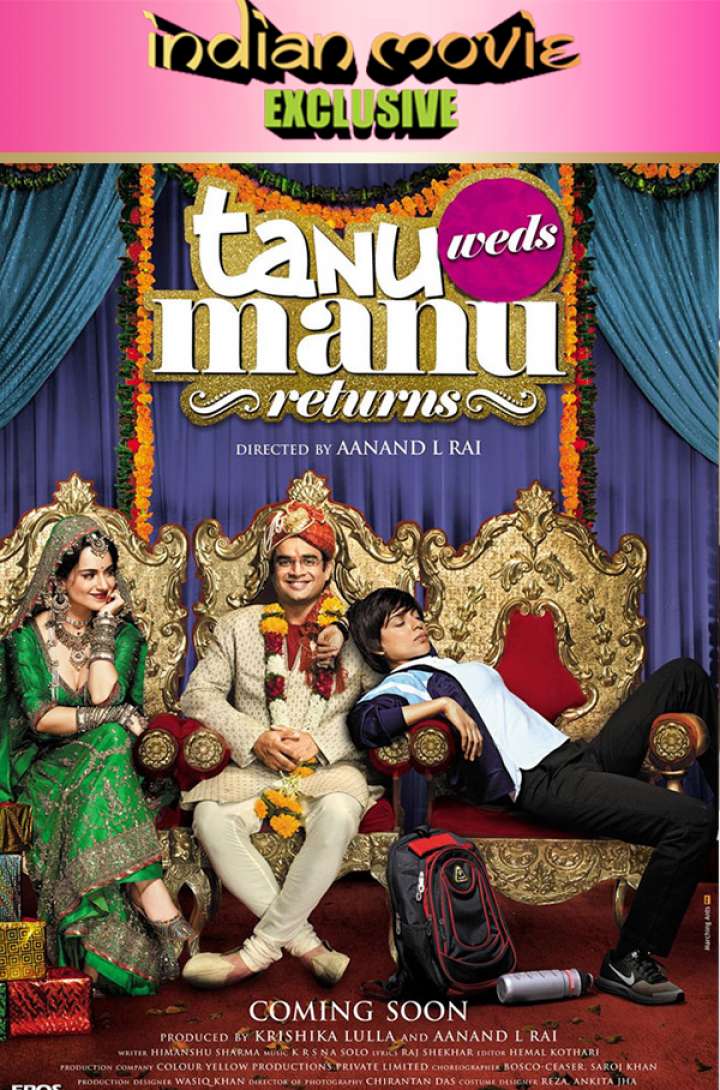 It's been four years since Tanu and Manu's eventful wedding and they're already feeling the seven year itch. Settled in London, their relationship is now as cold as the London winter. While Tanu expected her husband to be as flamboyant and star-like as Shahrukh Khan, Manu wanted a docile and peaceful wife. While Manu was regretting his marriage, his old friend Pappi was excited about his. Tanu and Manu are on the verge of giving up on their relationship when they come back to India.

After reaching Kanpur, Tanu immediately transitions to her old self. Her new neighbour Chintu becomes her partner-in-crime and visiting old boyfriends and bike rides with him become a daily affair. Her actions had successfully managed to give Kanpur a taste of America.

The situation worsens when Manu, now in Delhi, starts falling for a Delhi University student, Datto who looks exactly like Tanu. Things keep aggravating in both the cities as Raja Awasthi, Tanu's ex-fiancee re-enters her life.

So what happens next in their love story? Where does all this drama take them? Do they manage to work on their relationship?

Does Pappi finally end up getting married to the love of his life or does his life get twisted as well?

IS MANU
- Still in love with Tanu? OR
- Falling For Datto? OR
- Looking for Tanu’s reflection in Datto???