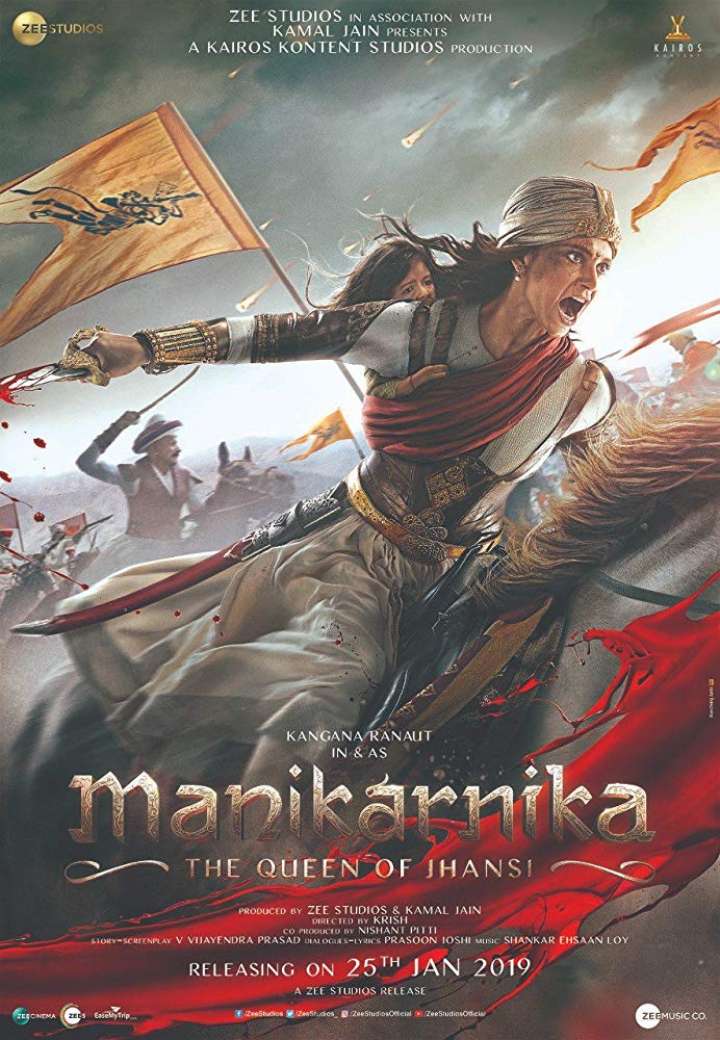 Based on heroic life of Rani Laxmi Bai, this epic portrayal of freedom struggle takes us through the darkest period of Indian history where mighty Indian kingdoms were surrendering to anfractuous East India company,  time where sense of freedom was taken away by British from Indians to keep them enslaved as long as Company wanted. In this period, a hero was born in name of Manikarnika, a perfect definition of  patriotism and gallantry, a daughter of Brahmin who served Peshwa of Bithoor. It is Peshwa of Bithoor who teaches Little Manikarnika that your country comes first and it becomes her Mantra of life. When Manikarnika gets married to King of Jhansi, thereafter she witnesses the atrocities of Company and how easily in name of Law they are annexing the Indian Kingdom which stood against them and Jhansi was among them.

Manikarnika decides to counter British tactful ploy when company wanted to annex Jhansi under doctrine of lapse, she faces problems created by not only English officers but by her own greedy relatives and courtiers to claim the throne of Jhansi. Having lost her husband and an infant as well as her own kingdom in very short span of time, Manikarnika does not stop her crusade of freedom and rather decides to uproot East India Company from Indian soil. To quieten the voice of Laxmi Bai, British Empire sends Hugh Rose, an officer who had won Crimean and Syrian war for British Empire.  With a deadfall war against British army, Laxmi Bai sparked light which awakened the sense of freedom among her fellow Indians.